About James and his super 7 Favourite Things!

How I went from burnt-out , broken Project Manager to helping thousands fix their posture pain and lead life to the full. 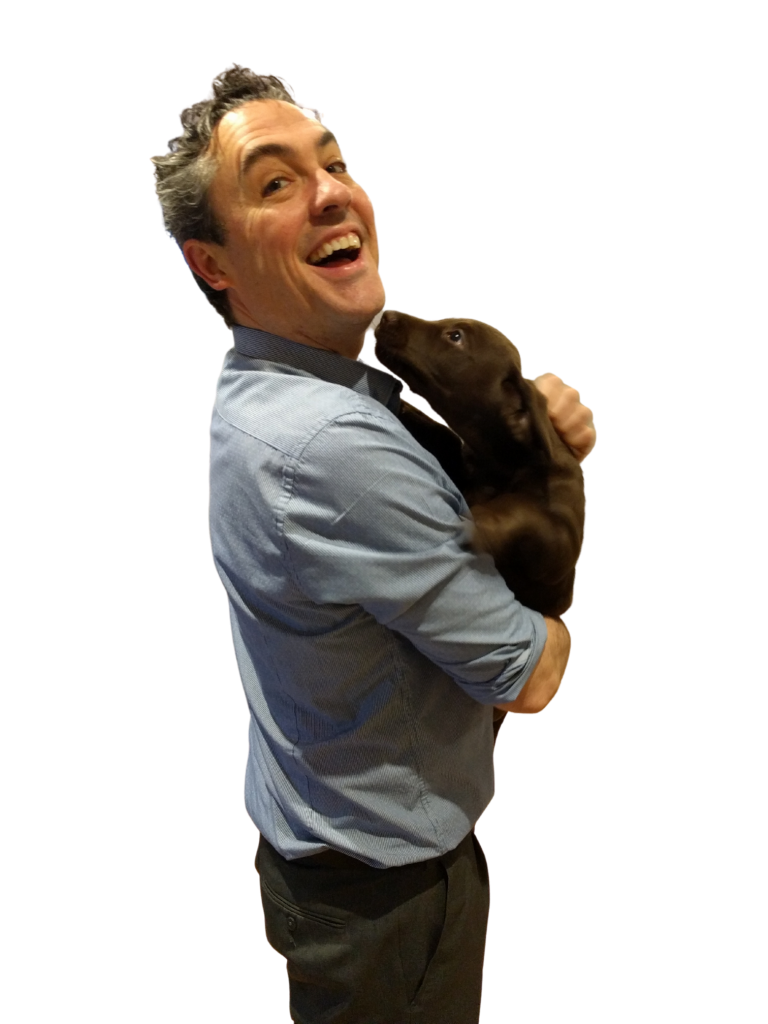 TAKING ON BAD, PAINFUL POSTURE, ONE SMALL STEP AT A TIME

Before I was a posture expert, before I was an ergonomist, or even an Alexander teacher, way before then, I was a project manager.

Unable and unwilling to get out of bed because the pain was too much. It hurt… All… Day… And I was only 32!

I HAVE TO ADMIT, IT WAS ROUGH

I was in a foul mood a lot of the time, because of the pain.

My career was on the ropes, which was gutting, because it was really well paid. People were asking about James and why I was missing work, or looking pained.

I’d developed Repetitive Strain Injury from working at a laptop for long days, striving hard to be the best at my job. The constant promotions had left me feeling out of my league, which didn’t help.

And the robust, healthy good posture of my youth had been replaced by a hunched over, sorry figure, so broken that it actually hurt to type.

Everything hurt. All of it.

I just wanted to work, to succeed, to provide for those around me.

I wanted to wake up looking forward to the day ahead of me.

I wanted to relax in the evenings without dreading the next day.

I wanted to be happy with my own body, and to stop resenting it.

IF I DON’T LOOK AFTER MY OWN POSTURE, I GET HEADACHES AND MY ARMS STOP WORKING. LITERALLY!

No, really! Scans at the hospital showed I have ‘cervical foraminal stenosis’. My arms and hands burn, go weak and numb, and drop stuff! That’s no good for a father of two young children! It had happened over the years, working badly at a laptop. Trying to please ‘the man’ instead of looking after my own health.

Back then it was so bad, I was offered two choices: surgery (at great risk), or the permanent use of nerve-dampening drugs, with plenty of side effects.

I chose a third way – good posture, body awareness, and good space around me. And as long as I practice what I preach, I feel great. So I talk the talk AND I walk the walk.

Because if I don’t, it’s downhill all the way. There’s “something about James” that breaks if I don’t!

That’s why I love what I do. Helping people to avoid ending up like I did is a wonderful vocation.

I just love it.

I TRIED OUT ALL THE USUAL SUSPECTS

So I picked myself up and I set about trying to get fixed. I tried strength training, and yoga, physiotherapy, osteopathy, chiropractic.

I had acupuncture and did Tai-chi. I ran. A lot.

I REALISED SOMETHING ABOUT JAMES HAD TO CHANGE

That year I met a Doctor. She taught me a process called the Alexander Technique. It was all about getting back in touch with how I lived in my own body. My levels of tension, how much stress and tension I put into doing things. Learning to let it go.

It felt GOOD, and it began to help.

But I was still sitting badly, and typing badly.

Yikes, I was even driving badly.

I realised I was still trying to fix my pain by putting in more effort and strain, trying hard to sit up straight, because that’s what we do, right? Right? Isn’t it?

Really it was ME that needed to change. I was my own problem. How frustrating was that!!!

If I didn’t change HOW I was doing stuff, how could I expect to change WHAT I was feeling?

I DISCOVERED I WAS UNDOING ALL THE GOOD WORK THE DOCTOR WAS DOING, EVERY TIME I SAT DOWN TO WORK!

Every time I worked on a project.

Or played a computer game with bad posture.

Each and every time I did things badly, with bad ergonomics (that’s kind of like how everything’s laid out at your desk or work), I was making myself worse again.

It was then I realised I needed to change three things.

I DISCOVERED I HAD TO CHANGE THREE KEY THINGS.

I had to change how I was thinking. Hmmm, there was something wrong about James…

I had to work with less stress, and be less tense. I had to be aware of myself, posturally. I had to slow down just a little bit, and smell the roses.  I had to stop seeing everything as a challenge or an enemy.

I had to get back into my own body, and stop being a head-on-a-stick! I had to stop holding myself in bad positions.

I had to stop working for too long without a break. I had to learn to care for myself again, to stop resenting my body and it’s pain.

To treat it like the old friend it was, instead of a horrible enemy.

And all of that was for nothing, if I wasn’t going to change my space, my working environment, get a proper desk and chair setup, use a proper keyboard, mouse and screen.

Set my sofa up at night so I wasn’t sat like an upside-down ladybug on a sponge.

I DISCOVERED IF PUT IT ALL TOGETHER, IT WORKED.
AT LAST I’D FOUND THE ANSWER!

It was only when I started to change all three at once, and look after my Brain, Body and SPACE that it started to work and I started to feel better.

I realised all the physiotherapy in the world wasn’t going to help me, if I still ran around stressed like a lunatic. Being calmer and more in control wouldn’t help me, if my space and environment was set up all wrong. And even the best desk and chair in the world wouldn’t help, if I sat stressed and hunched over, typing all day.

It’s the synergy of the three that works wonders. The magic is in the three ingredients. They just didn’t work on their own. Like a good music band, a drummer is no good without a singer, who needs a guitar or synth.

My pain levels started to drop, life got better, and I enjoyed learning about this new way of being, learning more about James, so much that I left the stressful job behind and went to train to teach this to others. Now don’t get me wrong, I don’t want you to quit your job like I did. Quite the opposite!

BUT SOMETHING WAS MISSING

My therapy practice was busy, and I was happily helping people fix their pain. People were asking about James’s magic hands, and I was enjoying the work. But for some people, it just wasn’t working, it wasn’t enough.

They’d come to my practice, and I’d get them feeling better, with great posture. I’d sit them at my desk, and we’d learn to sit and type and see the screen, all without hunching over, or putting too much effort in. And they felt GREAT.

But off they’d go, only to return the next week with the same bad posture, the same pains.

What on earth was going on???

I just had to assume that some people learned and maintained the skills I showed them more easily than others. And I thought it was like that for years. Until…. Covid.

When Covid struck, I had to switch to teaching online. Which was fine, the skills and tools I taught people in person were working nicely online too, thankfully. Because the sessions I gave were about learning a process for people to apply for themselves, rather than being just physical stuff like massage.

But to my horror I saw something. The people who’d been struggling were the same people who were working badly, say with just a laptop but no screen or keyboard, or on a kitchen table and chair that were the wrong heights, for example.

THE PEOPLE WHO WEREN’T GETTING BETTER HAD THE WORST SPACES

No matter how well we’d done at the clinic, they were still going back to a bad space.

A house of ergonomic horrors! Shudder!

ANOTHER SKILLSET UNDER THE BELT

So I took some formal Ergonomics training (it’s all about the setup of your desk and computer, and the things you do around the home). And learned a few new skills.

I applied them to the people who’d been struggling. And all of a sudden, they progressed and felt great permanently.

I’d been forgetting to show them the very thing that had stopped me from getting better all those years ago! I’d just assumed, wrongly, that everyone else had set their working environment up well. How wrong I’d been!

IT ALL CAME TOGETHER AND EVERYONE FELT BETTER!

It’s using all three – all we had to do was apply it. Simple.

So now, I help people overcome bad posture and pain, so they can work better, feel better, and look better too.

When we feel better, we get so much more done, and we look better, yes all of us. It’s so obvious when you think about it, but it’s just not something we consider.

So now my clients aren’t grumpy with the people they love.

They end the day feeling as good as when they started. Unless, like me, you’re not a morning person, in which case you’ll feel BETTER than when you started the day!

They no longer have to worry about losing their job, or stopping working.

And they just feel great. Simple!

Join me in my online courses, or one to one, and make the change yourself. It’s not rocket science, it’s just a simple process we so often overlook. I love helping, and I want to help you. So let’s do this!

ALL ABOUT JAMES’S TOP 7 FAVOURITE THINGS

It’s a sort of hot and sour, salty spicy pickle. It’s stinky, and garlicky, and pongs the whole house out. But I just can’t get enough of it!

OK, so it’s starting to look like it’s all beer and spicy food. It’s not like that, I promise!

Some people are a dog-person. Some people are a cat-person. I’m both. Just not my own, I’m too busy and I need to hit the road a lot for work. So other people’s pets, that’s where I’m at. I get on really well with animals, I think it’s my calm nature and gentle hands. Who knows.

I live in Manchester, UK. We’re at least three hours or more from the nearest surf. But I still love it. If only I were any good at it…

You know, a real ramble, discovering new sights, getting out of breath, hearing the nature. Real walking. It’s good for me in so many ways.

I’m so lucky to have married the best woman in the world. Out of 7 billion people, I found the best one. What are the odds? One in 7 billion. And my kids. They’re great. Thanks to my wife, of course!

I was there at the very beginning of computer games. You know, Pong and all that. I was even 3rd best in the UK on Rambo on the Commodore 64 in 1986. In your face, Rambo! When work made me ill, it really saddened me to stop playing games. Now I’m all fixed and could use a computer 24/7 if I had the time. Maybe next Christmas… 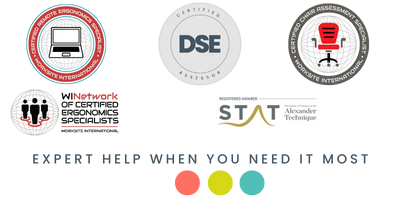